Salty's is the latest hospitality venture by The Millett Group, inspired by old school surf and skate culture from Australia’s Eastern Suburbs and Southern California beaches.

After working together on some of our all-time favourite projects including Wake Up!, The Mill House, The Surf House and The Lord Byron, we were commissioned by The Millett Group once again to create the branding and environmental design for this incredible beachside bar.

Salty's visual identity is fresh and friendly. The logo uses crisp, slightly playful and subtly retro typography underlined by a streamlined surfboard.The logo design had to be simple enough to be instantly recognisable across a range of digital and environmental applications and strong enough to stand out on the busy main street of iconic Bondi Beach.

In the months leading up to the opening of Salty’s, our Holy Cow! studio was transformed into a collector’s paradise. We sourced vintage frames and surf and skate memorabilia from around Australia and the US (note: shipping and delivery on a deadline can be quite challenging during a global pandemic!).

The walls at Salty’s proudly display a curated collection of over 150 vintage frames that we lovingly restored. They feature classic and candid surf and skateboard culture photography from Australia and California from the 50’s through to the 90’s. If you look hard you’ll also be able to spot some childhood photos of Salty’s family and friends, as well as old pics of locals that give a little window into Bondi’s unique beach culture over the years.

You’ll also find old articles from Tracks Magazine positioned above the tables at the front of bar to keep you entertained if you ever find yourself sitting alone or hard up for something to talk about...

“Our client Christian’s vision for the environment was to create something visually engaging, that didn’t take itself too seriously, and a place where locals (like himself) felt a connection. The interiors feature quality furniture and finishes, but we were thoughtful, not precious, about what went on the walls. If we liked it and it felt right, it went up. Having a client that is so involved in the process while giving you creative freedom is a treat – it’s fun for everyone!”

The statement piece at Salty’s is the swimsuit wall. This unique installation displays the evolution of swimwear over the last 100 years.

Our homage takes you from the conservative style of the 1930’s when police patrolled the beaches with measuring tapes, to the daring two-piece bikini that mirrored the sex symbols of the 1950’s, right through to the colourful and controversial high-cut bikini of the 80’s.

The two-piece bikini also influenced women's surfwear and their involvement in the sport which is a theme represented throughout the bar.

With hand-painted murals, a collection of boards – surf, skate and skim! – a pair of original 80’s pogo boots and a huge black marlin, Salty’s offers a surf down memory lane at Australia’s most iconic beachside location. 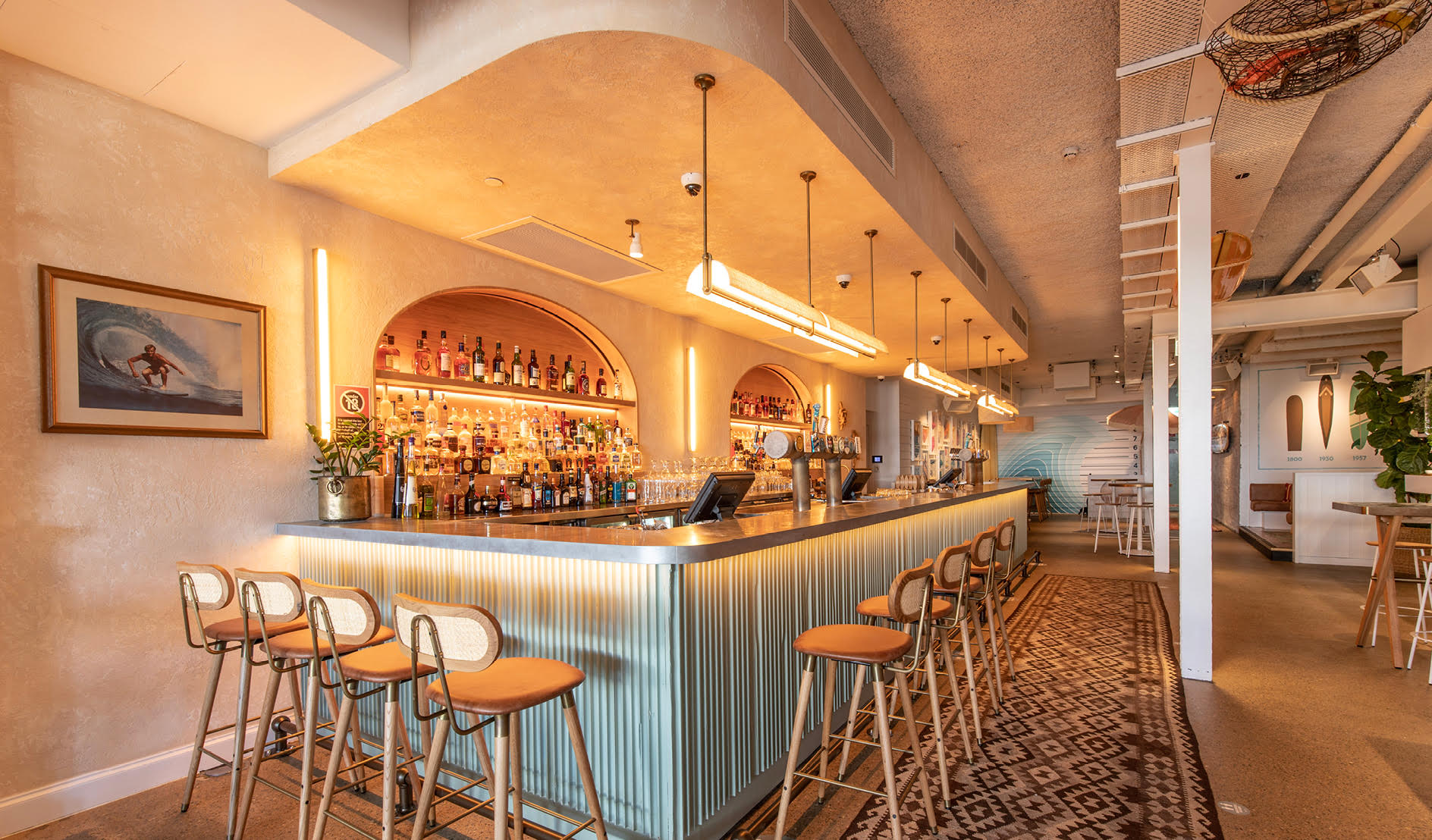 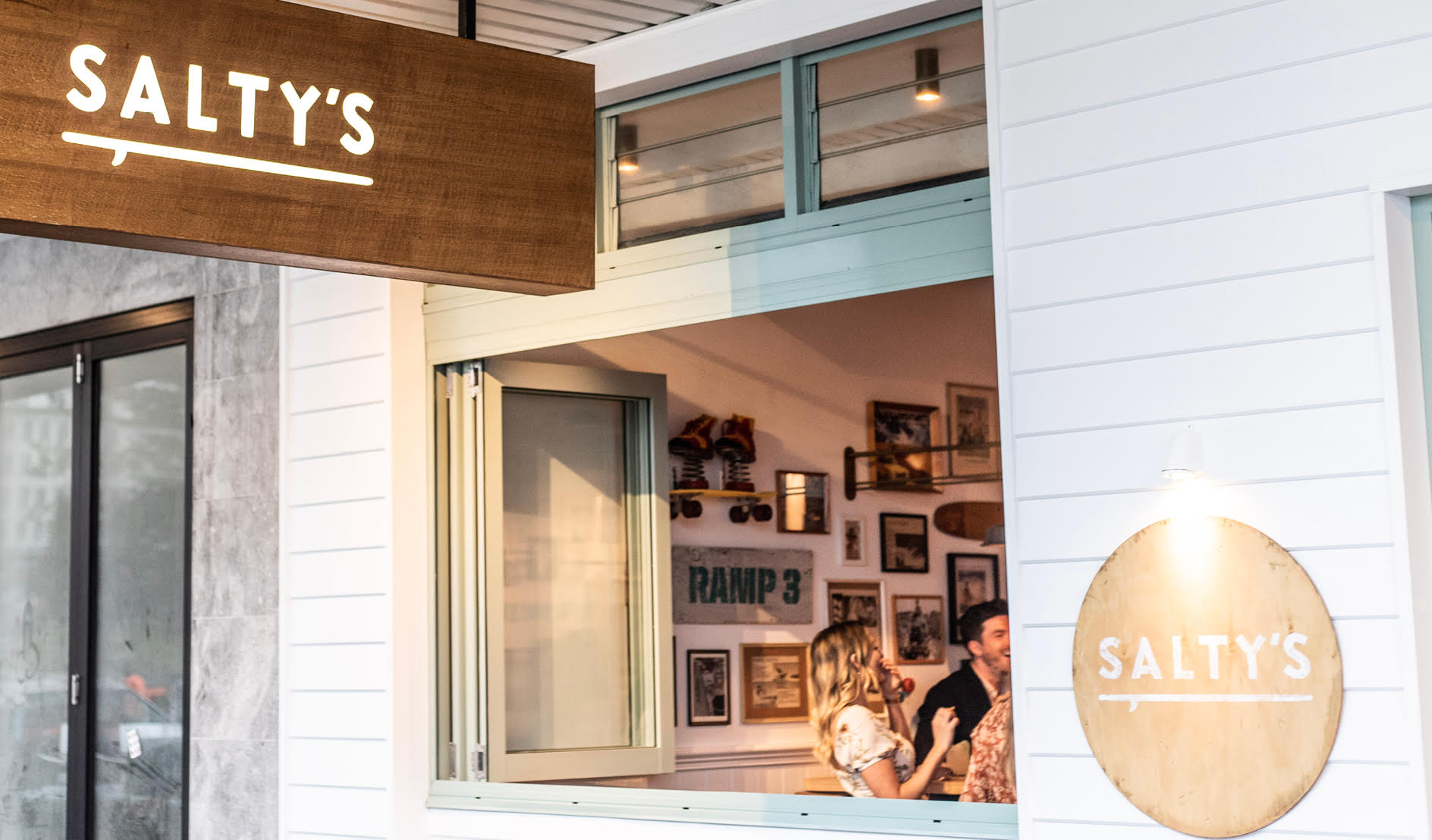 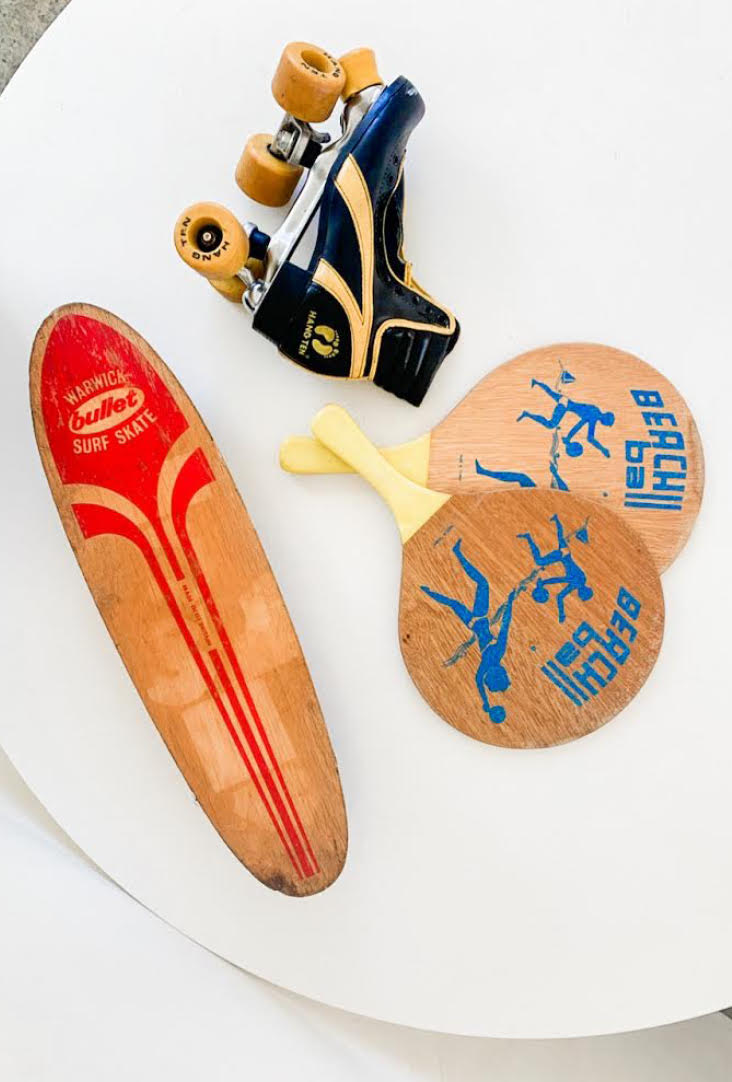 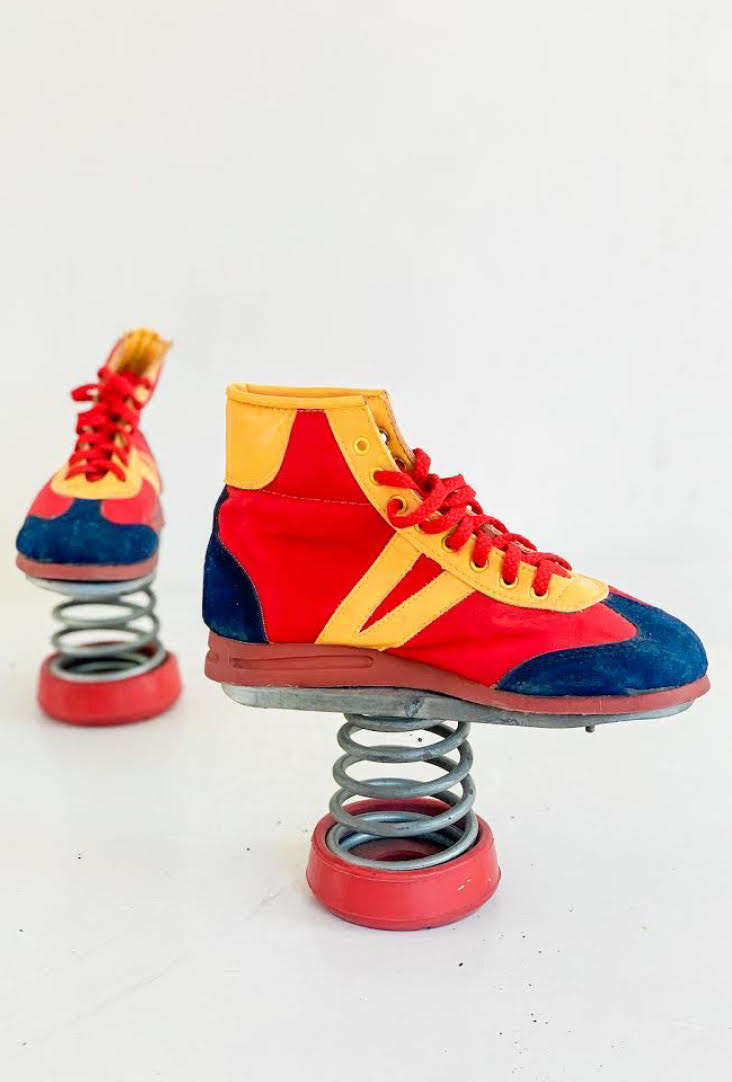 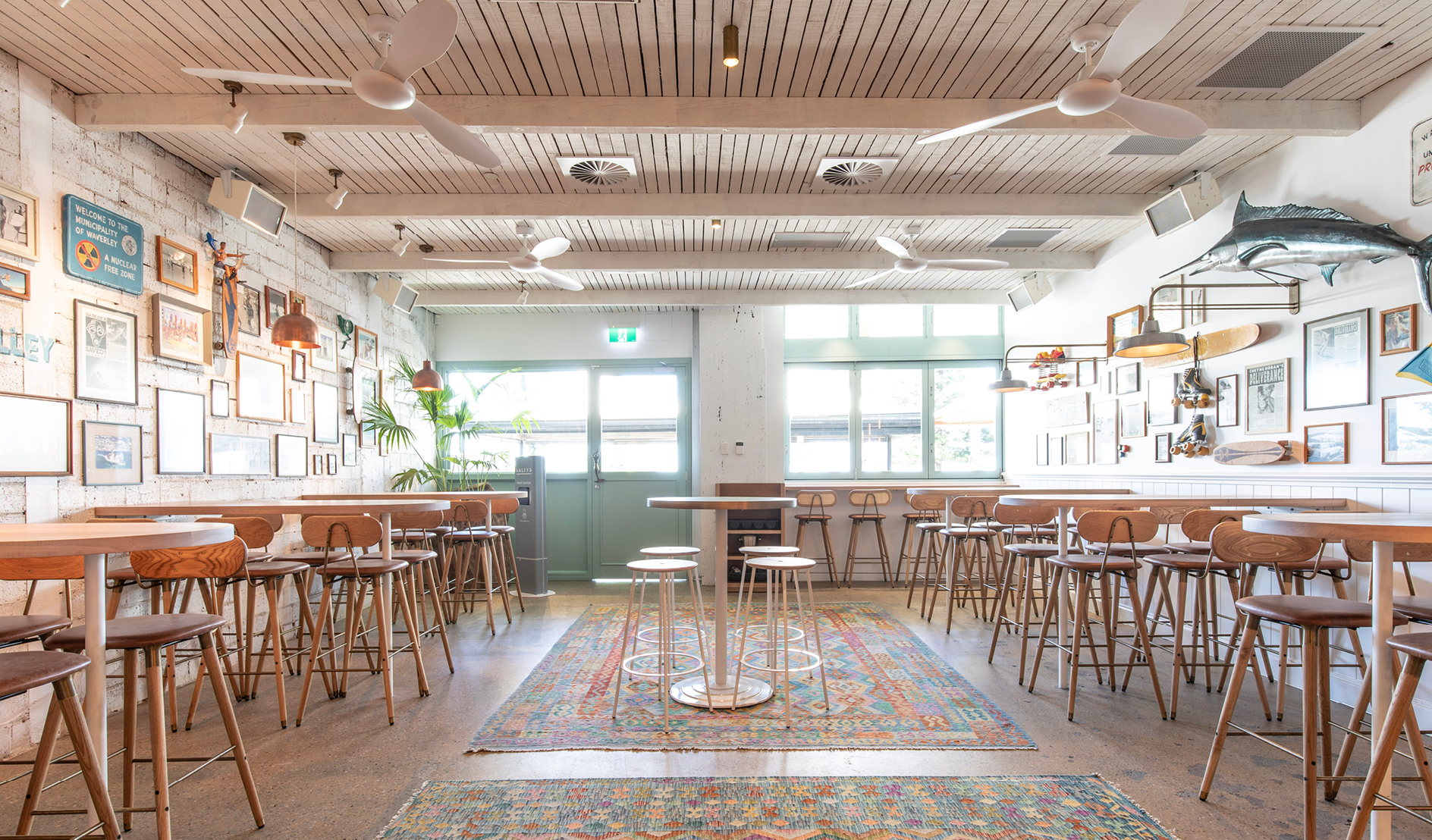 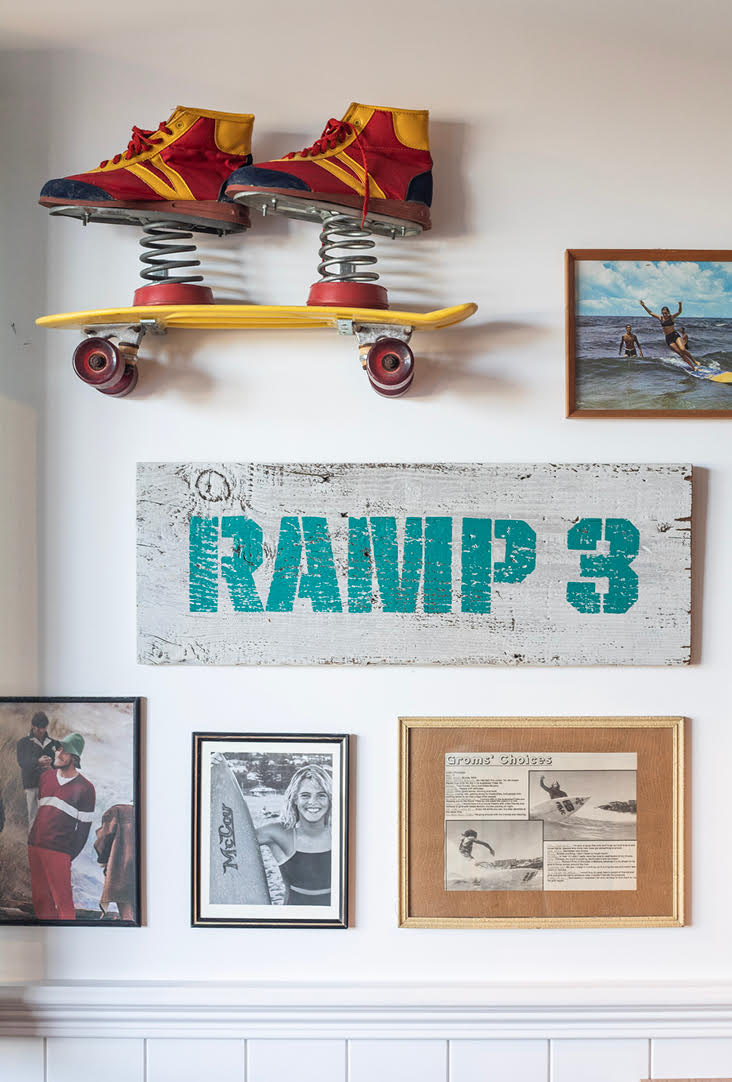 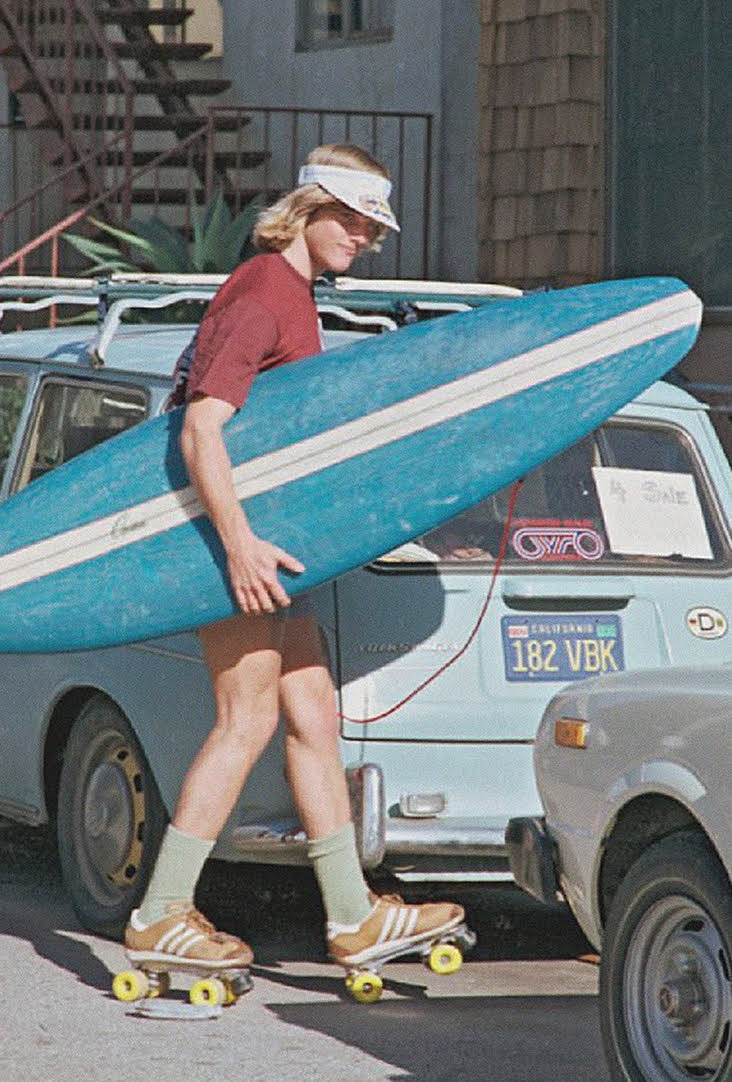 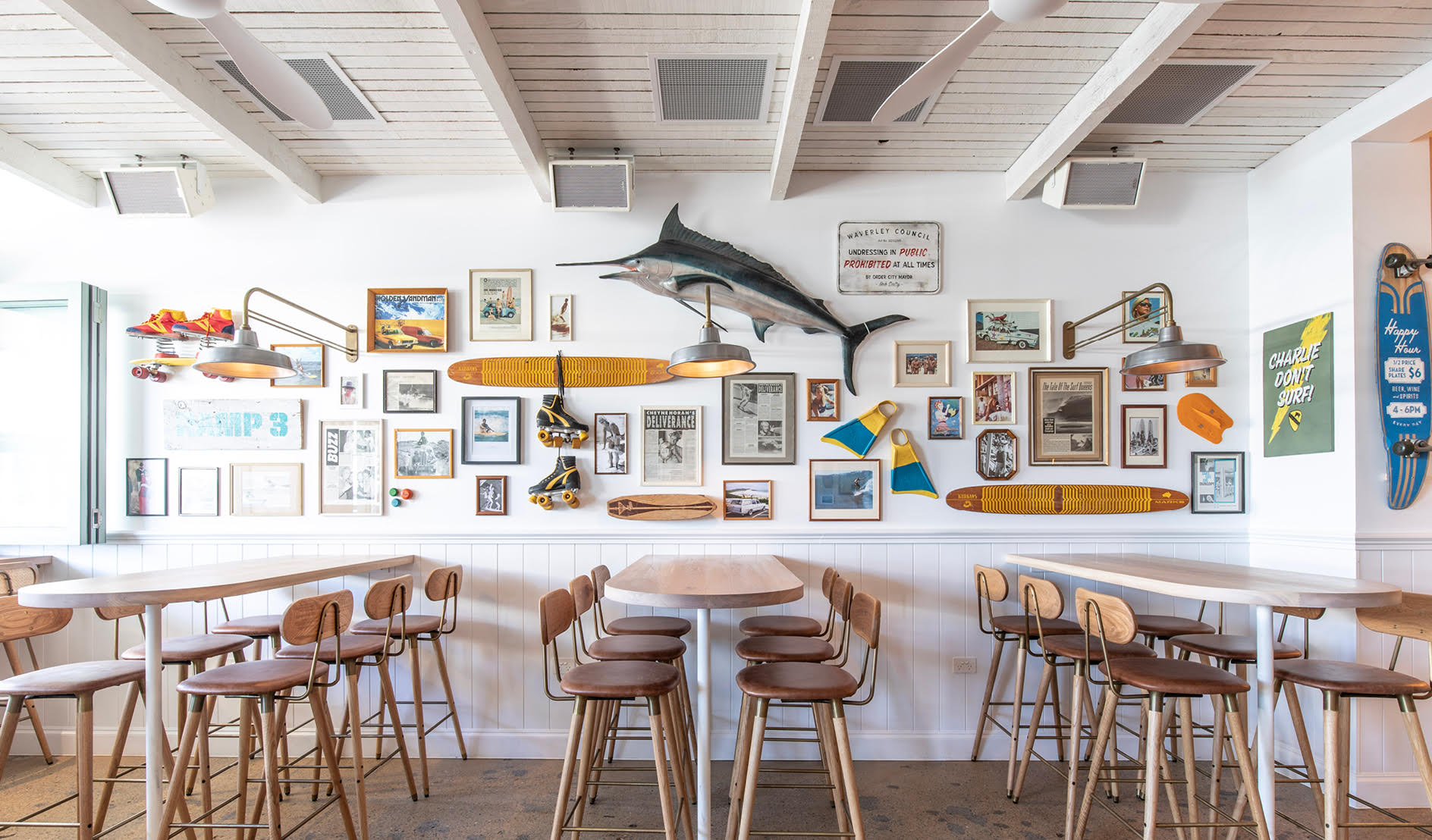 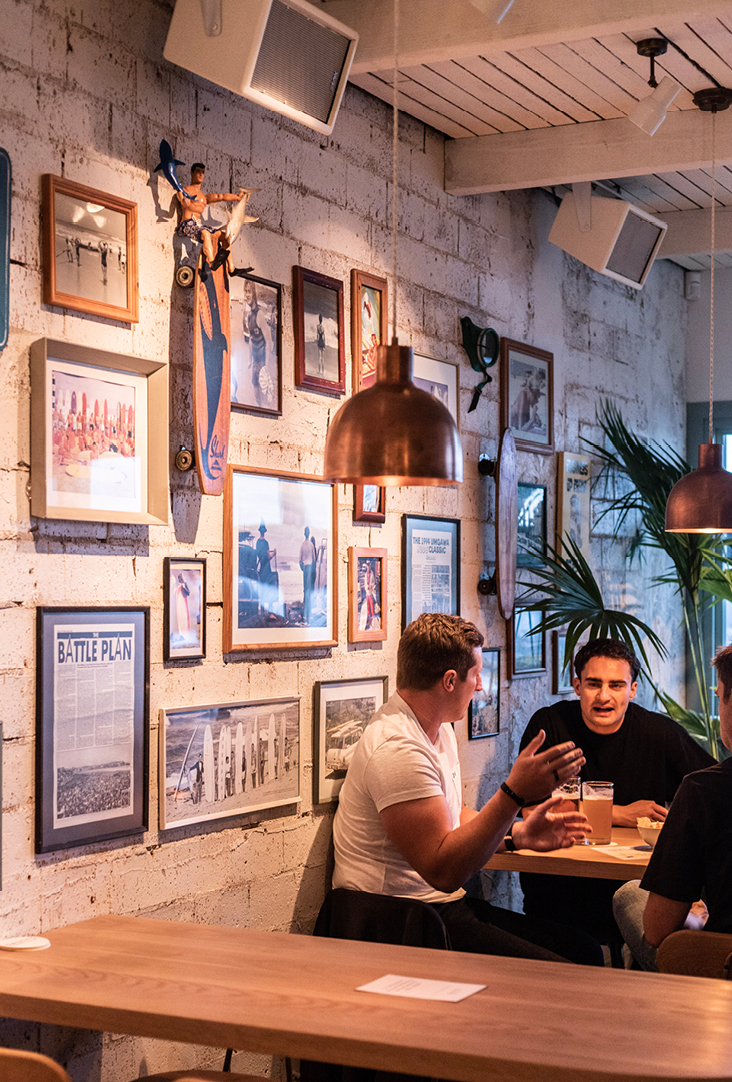 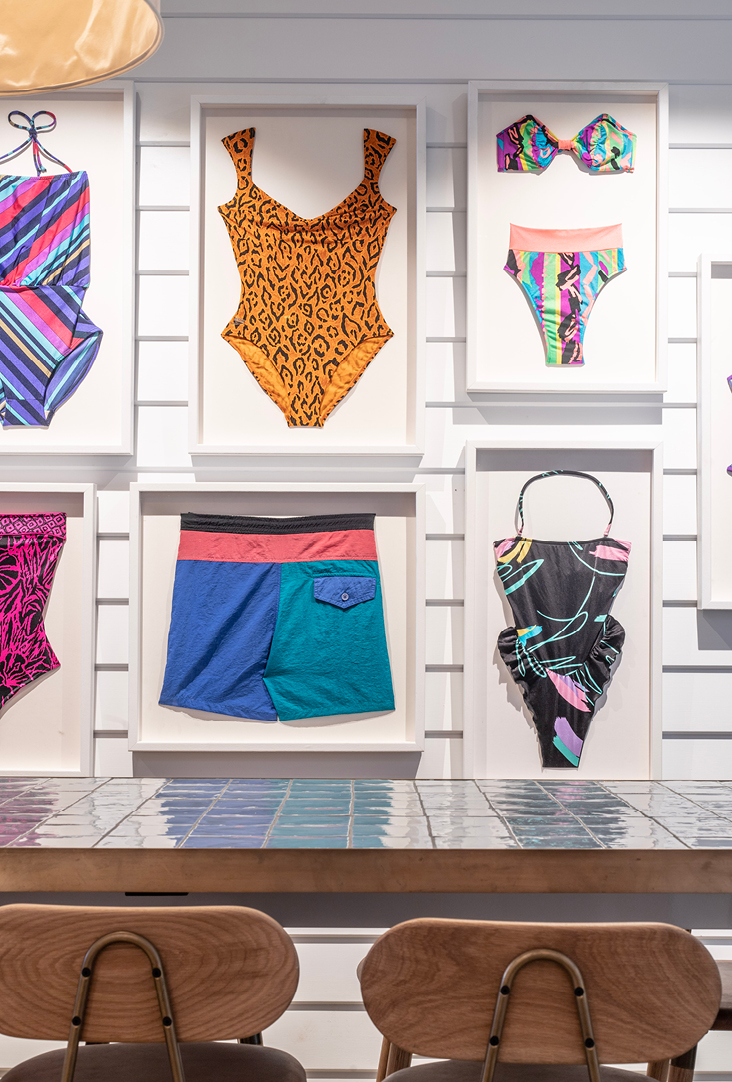 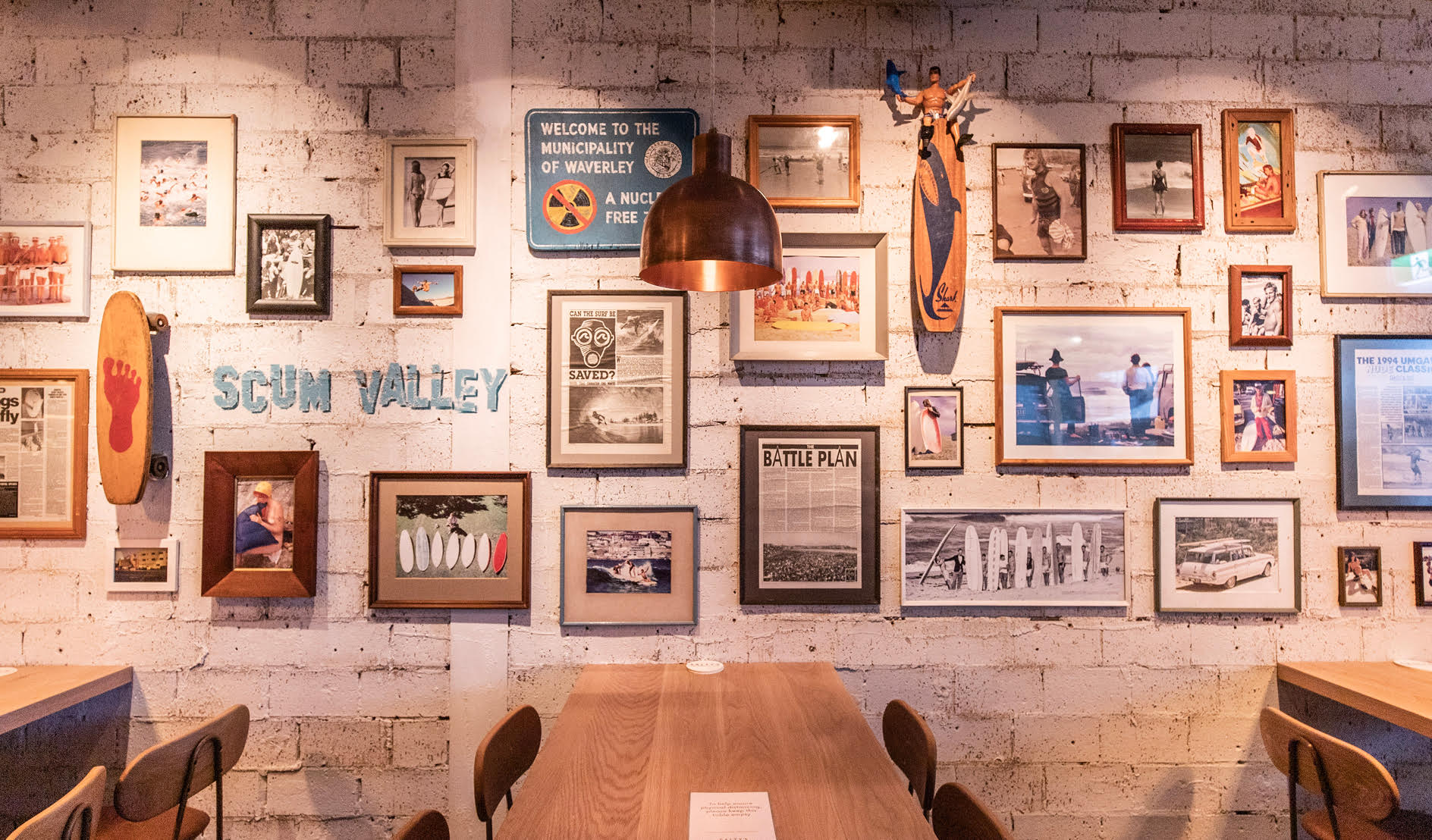